Most of the criminal acts are performed using criminal tools. One of the most effective ways of preventing crime is to observe and detect offensive weapons by security camera systems. Deep learning techniques can show very high-performance in observing and perceiving objects. In the current study, the performances of the pre-trained AlexNet, VGG16, and VGG19 models based on convolutional neural networks, were tested for the detection and classification of criminal tools such as guns and knives. In the study, the training process was carried out using transfer learning approaches such as Fine-tuning and Training from scratch based on deep architectures. To test the deep architectures used in the proposed study, the gun and knife datasets frequently used in the literature were collected and combined with new datasets obtained originally from search engines and videos, and then their performances were tested. In the experimental results, the VGG16 model based on fine-tuning for the two and three classes achieved the highest accuracy in detecting criminal devices with a rate of 99.73% and 99.67%, respectively. As a result, the study has observed that offensive weapons could be detected with security cameras using learned weights of deep architectures 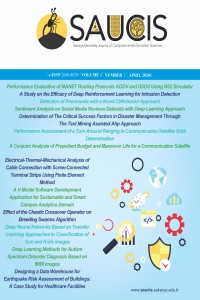